They’re Not Angels, Part I 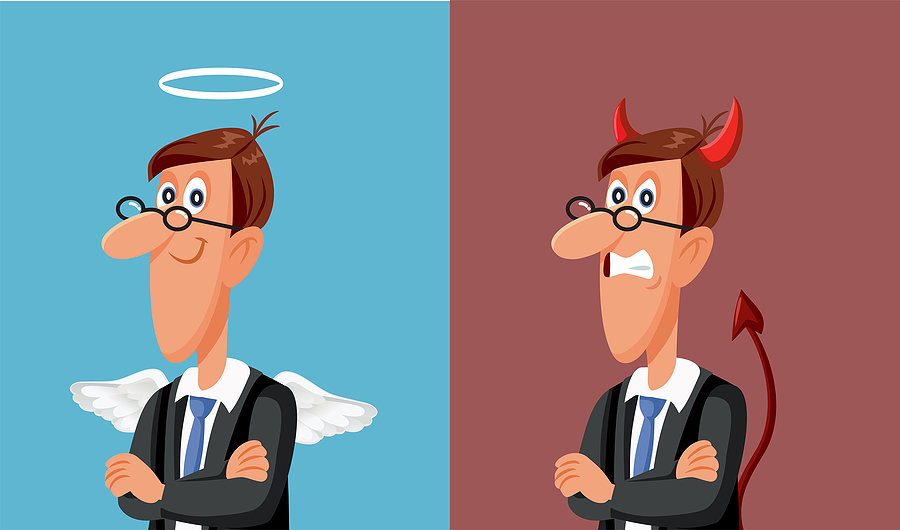 Having worked professionally with entrepreneurs for over thirty-five years (and being one myself), I can safely say that they’re an interesting group. Entrepreneurs are frequently smarter than they may come across when you meet them in person. We make a mistake when we let any type of poor diction or grammar, foul language, casual attire, rough social graces, or a deer-in-the-headlights look mislead us. They will not tolerate arrogance, swagger, impatience, or a tone of intellectual superiority or condescension toward them. Nor should they.

Entrepreneurs are not business managers; that’s not how they’re hardwired. And most would make lousy employees, which is one reason many strike out on their own.

Entrepreneurs can be brash, arrogant, scatter-brained, hard-headed, impatient, crude, and occasionally offensive. But when you scratch below the surface you learn that most are also generous, sensitive, emotional, caring, kind, and thoughtful people. Many have hearts of gold. I have a friend who refers to entrepreneurs as “nice guys who got lucky.” I don’t think he’s too far off the mark.

This Monday Morning Notes series is about people who started or who run small businesses. It’s not about Elon, or Jeff, or Bill, or Sergie, or any of the other mega-business founders we hear so much about. It’s about people like you and me, and folks like Shaun, Scott, Katie, Mike, Jeremy, Jackie, and the hundreds of other small business owners we at VMA have been privileged to work with over the years.

Some of these clients are or have been attorneys, accountants, former business executives, and people with advanced academic degrees. But more often than not they’re those with little formal education beyond high school, if they even made it that far.

In this series, we’re attempting to uncover the entrepreneurial behaviors that owners of successful companies seem to have in common that allow them to build companies that can sustain healthy growth without an unhealthy dependence on them.

We’re also attempting to address the reason why some business owners are able to grow companies that can sustain profitable growth over an extended period of time and others seem to limp along year after year with only marginal success.

The research conducted for this series was narrowly focused on the hundreds of small business owners, primarily in the trades, that we’ve worked with since 1987. We’re not claiming that it would be considered statistically accurate research, nor that it would be representative of entrepreneurs across the globe.

Our findings are based on field research derived from hundreds of thousands of hours of meetings and personal interactions with our clients. This was followed by analysis of the performance of the companies that resulted from the daily decisions the owners made, partially as a result of our conversations. In other words, our research was based on the fact that the performance of small businesses follows the behaviors of the owners and the managers they have running them.

Our consulting model then allowed us to track their performance long enough to observe the results of those decisions that were influenced by their behaviors.