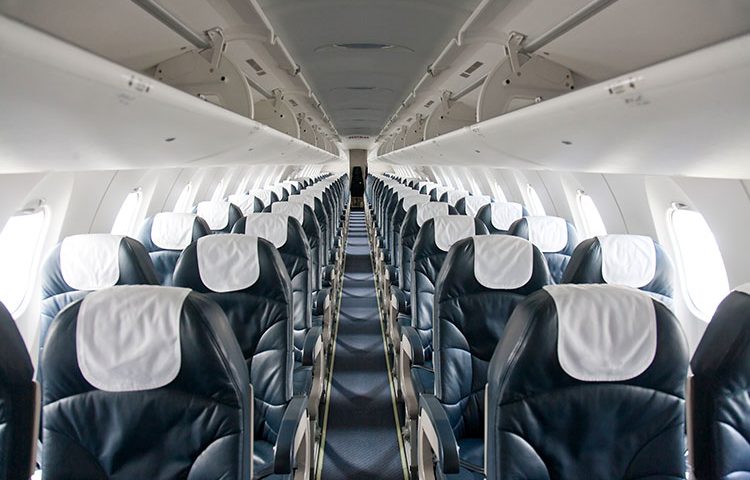 One of the real beauties of having earbuds or earphones on an airplane is that they help you avoid tiresome conversations with people who seem to use talking to alleviate their anxiety about flying. They must think that as long as they’re talking to the person next to them, the pilot’s going to do a better job flying the plane. I’m sure there’s research somewhere either confirming or disproving this theory, but I haven’t seen it.

On a recent flight, I was occupying seat 24-A, the window seat in my row. When jocular Greg sat down in 24-C, the aisle seat, and immediately struck up a conversation, I reflexively reached for my earbuds. Greg seemed like a nice enough guy, but this was a two-and-a-half-hour flight, I was tired from presenting most of that day, had work I still needed to get done, and the passengers hadn’t even finished boarding yet!

As it turned out, the earbuds weren’t what saved me. It was Keshab, a 22-year-old, impossibly thin, Nepalis man in middle seat 24-B who saved the day. As Keshab wedged his ceremonially gowned self between us, Greg instantly shifted his conversation from me to him. I wasted no time inserting my earbuds and pulling out my laptop while trying to hide the subtle smile on my face.

With about an hour left in the flight, my computer alerted me that the battery was low, so I shut it down. It was then that Keshab mentioned he had noticed me writing and asked if I was a writer.

I responded that although I do a fair amount of writing, I don’t consider myself a writer as many people think of them—certainly not in the best seller sense—and that I was simply organizing my thoughts for an upcoming article.

Within minutes, Keshab had me engrossed in a conversation about his upbringing and how we ended up on that flight together. I quickly realized I had come close to missing out on an amazing story, an even more amazing young man, and a great lesson.

As it turns out, Keshab was born in Bhutan, a close neighbor of Nepal. When he was a toddler, his family was among thousands of others who were forcibly removed from the country. He ended up being raised in a refugee camp in Nepal.

Along with the help of a sponsor, Keshab and his family made their way to Akron, Ohio where they settled and where Keshab and his brother worked part-time jobs and drove Ubers so they could study computer science at the University of Akron. If Keshab was discouraged about anything, he never let it show.

I felt that in this COVID and post-COVID world, Keshab’s story is particularly prescient. His is a family that had lost everything—their home, their citizenship, and even their native country. They learned to take nothing for granted and to appreciate everything they had gained: a new home, country, language, and new opportunities.

In business, it’s easy to take things for granted; to get irritated or discouraged with demanding customers, delayed or unavailable supplies, and impossibly scarce employees.

I believe the lesson I almost missed learning was to go easy on my complaining, better appreciate the things I have, and find the opportunities that might be hiding in the most unlikely places.