Laying On Of Hands 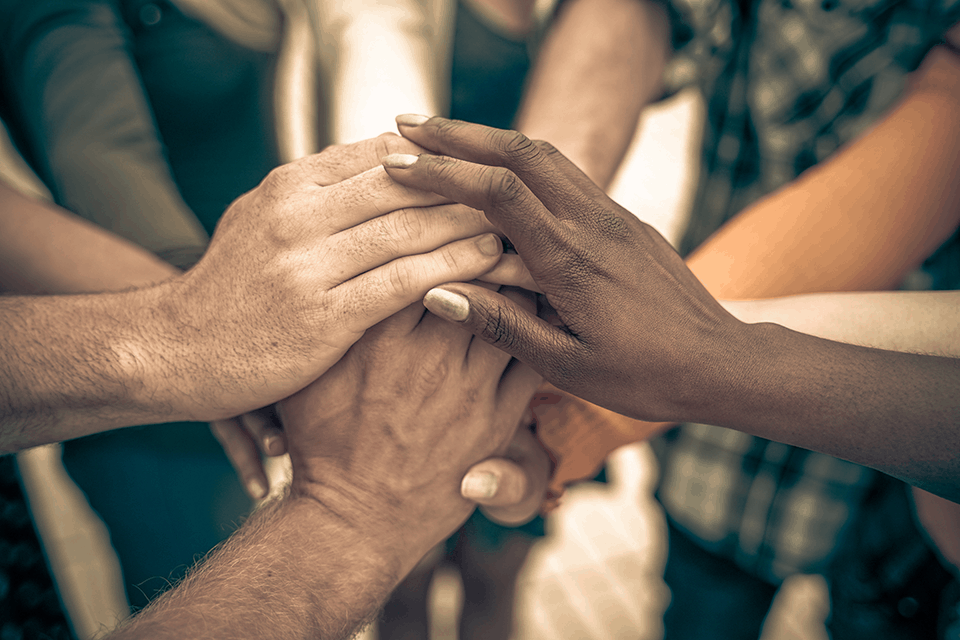 Throughout my professional career I have been accused of being many things. A religious scholar is not one of them so, thankfully, I have the internet to rely on.

According to Wikipedia, the phrase “laying on of hands” is used within most major religions of the world and has been for centuries. For those of you unfamiliar with the term, it’s both a physical and a symbolic gesture used in blessings, baptisms, healing services, and ordinations.

But the laying on of hands doesn’t need to include religious ceremonies nor is its practice limited to the world of religion.

In the field of medicine several studies have shown the benefits associated with human touch and its impact on a patient’s recovery.

In the Southern U.S., the term laying on of hands is sometimes used colloquially to describe families, neighbors, and even complete strangers who help those who are in need after they’ve experienced a personal tragedy or a natural disaster.

It’s within this context of healing that I’d like to address the laying on of hands as it applies to the business world, especially in light of our ongoing pandemic.

I don’t need to go into detail about how the U.S. government and others around the world responded to the financial needs of their citizens and of businesses. We all saw it, and while we may have political objections to the way it was handled or we may be wondering just how our governments will pay for it, few of us refused the assistance.

But government assistance pales in comparison to the countless acts of kindness, empathy, and genuine selflessness performed by employers, employees, friends, neighbors, and complete strangers to help one another through this difficult time. They continue today and will into the future as human beings do what we do best—help one another.

Around the world, there are millions of hands engaged in countless activities. And while most of us are observing responsible social distancing, prohibiting us from hugging one another or shaking hands, we’ve creatively found ways to accomplish the same thing.

Here’s my sincere wish. When the pandemic-causing upheaval to our daily lives is behind us, I hope our renewed understanding and noble motives behind our laying on of hands for others remains. I hope any heightened sense of empathy we may have gained for those who are suffering or for those who are less fortunate than we are doesn’t fade along with the declining infection rates.

As human beings we seem to have short memories, and all of us are eager to return to states of “normalcy.” Well, just as we talk about a new normal as it applies to how we’ll do business, I hope it will also apply to how we empathize with people less fortunate than us.

As I mentioned at the beginning, the ritual of laying on of hands has been around for centuries and its practice is not limited to the world of religion. Perhaps it has never been more important to practice in business than it is today.